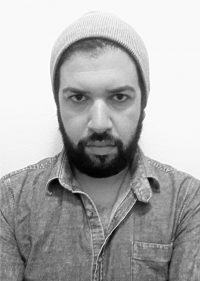 (Souk Ahras, 1982) is an Algerian film director and screenwriter. He left medical school to study Literature and he is currently working on his Ph.D. He  also studied film editing, visual effects and 3-D. His first short fiction film was Un homme, deux théâtres (A Man, Two Theaters) in 2016, followed in 2017 by the documentary short Salmeen, Fitna in 2018 and Sauce algérienne (Algerian Sauce) in 2019. His film shorts have participated in over 95 international festivals. Wanibik is Slimani’s first feature, which he also produces. 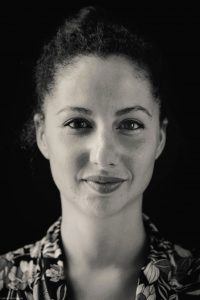 French Algerian journalist and filmmaker. She graduated as a Fulbright scholar from the Master of Arts in Arab Studies at Georgetown University (Washington D.C.). As a journalist, she uncovered in the French newspaper Le Monde in 2016 the scandal of the French company Lafarge indirect funding of the Islamic State group during the war in Syria. Her work was rewarded with the TRACE International Prize for Investigative Reporting. In 2019, she premiered her first documentary film, In Mansourah you separated us, in the Vision du réel International Film Festival in Nyon (Switzerland). It received several awards including the human rights award in FIDADOC in Agadir. 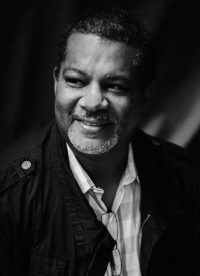 Bachelor of Art and Archeology History, he worked for several years as a radio producer and cultural animator. It has extensive experience in the organization of events such as the International Jazz Festival in Ouaga and is the founder and coordinator of the Film, Human Rights and Freedom of Expression Festival, which takes place annually in several Western Africa countries ( Burkina Faso, Ivory Coast, Senegal, Mali, Niger and Mauritania). He has directed four films, including Borry Bana, Norbert Zongo’s fatal fate about the murder of the journalist Norbert Zongo in Burkina Faso and he has produced the film about the popular insurrection in Burkina Faso An African revolution: The 10 days that overthrew Blaise Compaoré (2015 ). He is an advisor and founding member of the Le Baloi Citoy movement that contributed to the fall of Blaise Compaoré in October 2014 and he coordinates the National Press Center Norbert Zongo since 1998. 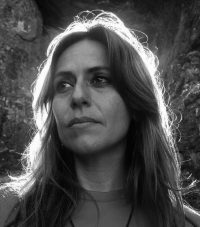 With a degree in Urban-Indus- Itziar Ituño trial Sociology and Politics, she studied at the Basauri Theater School. He debuted on television with the Basque series, Agur Olentzero, Agur and in 1999 he joined the Basque soap opera Goenkale where he would work until 2015. On the big screen he has participated in Holes in the sky and in Loreak (2014), a film nominated for the Goya Award for Best Film,  participating in the race for the 2016 Oscars. More recently, she joined the cast of the successful series Money Heist, where she plays inspector Raquel Murillo, aka Lisboa. 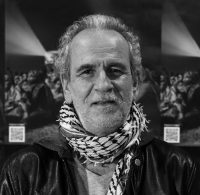 Actor and theater producer, tra- Guillermo Toledo ined at the Cristina Rota School, where he met Ernesto Alterio and Alberto San Juan, with whom he created the Animalario theater company. He has participated in television with the popular sitcom Siete Vidas. Twice  nominated for the Goya Awards for El otro lado de la cama and Crimen Ferpecto, he has participated in titles such as Morirás en Chafarinas, Juana la Loca, Días de fútbol, Los amantes pasajeros or Los favoritos de Midas. He is co-author of Razones para la rebeldía, prologued by Julio Anguita. 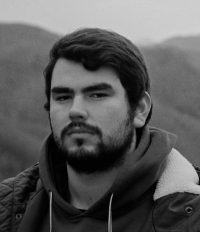 Graduated from the Escola Su- Ekain Albite perior de Cinema i Audiovisuals de Catalunya (ESCAC) specializing in directing, his final degree project is the fiction film Negu Hurbilak which is currently in the post-production phase. In 2020, he embarked on an adventure together with the Darahli association and the film production company Maluta Films, which led him to shoot a fictional short film in the Sahrawi refugee camps entitled Haizearen egia. This short film was presented at the ZINEBI festival in Bilbao and won the Jury’s Special Mention at the Euskal Zine Bilera festival in Lekeitio. 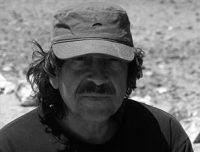 Printer and editor with more than José M. Martín Almeida 80 published titles, three on the Sahara: Sahara in the heart, Letters and speeches of Lualy Mustafá and Haul Music. Vice President of the Association of Friends of the Saharawi People of Madrid. Collaborator with the Sahrawi Delegations since the mid-90s and with the FiSahara in its beginnings. Ideologist and promoter of the  Sahara4x4Solidario project in 2006. In 2013 promoter of a dental clinic project in Liberated Territories. Producer of Mutha and the death of Hamma Fuku. 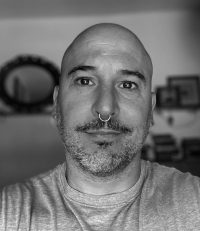 He uses cinema and animation Emilio Martí in an experimental and demanding way, often collaboratively and even as an art therapy tool. He currently directs and produces the animated series Derechos Animados, which explains what human rights are through children’s drawings. His films include Desanimado (2011), a comedy about the fear of “being normal” and the animated documentaries Marhaba (2016) and Makun (No llores) – Dibujos en un CIE (2019), both works with the human right to migrate as a theme. His latest documentary, Little Sahara, explains the history of Western Sahara from the point of view of the 60 students of the Pioneer School in the refugee camps of Algeria). 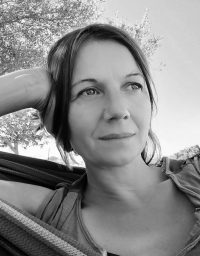 Documentary filmmaker and scriptwriter at UNED Media, Audiovisual Media Center of the National Distance Education University (UNED). Between 2003 and 2008I made two documentaries: The identity wake up in collaboration with indigenous women in Lima, Peru and The dream of all times, in collaboration with the Kuna General Congress and with the support of AECI, in the indigenous region of Guna Yala, Panama. Since 2009 I have co-directed, together with Beatriz Pérez Galán,Using a collaborative methodology, the two documentary series produced by UNED MEDIA: Voces de Abya Yala. The right to indigenous communication (2018-19) and Western Sahara. Memories of a resistance (2021-22). 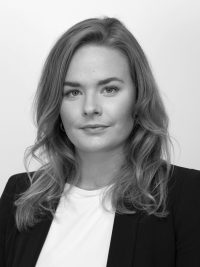 Norwegian lawyer and member of the Norwegian Support Committe for Western Sahara. She has worked on human rights case from the occupied territories of Western Sahara the last six years, having represented several Saharawi political prisoners, human rights defenders, journalists and students in front of the UN. She has worked on cases of violence against women and have served as legal counsel for Sultana and Luara Khaya since November 2020. 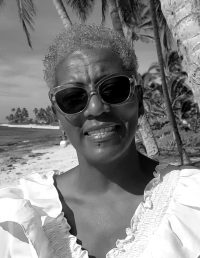 Journalist Social Communicator with 20 years of experience. Specialist in Public Management and Master in Caribbean Studies. She was born on Providencia (Colombian Caribbean). Social activist for the last 30 years. Human Rights Defender. Feminist. Member of the Colombian Women’s Network and the Alliance of Afro-Colombian Women. Manager of the Regional Television Channel TELEISLAS for the last 7 years. Poet and writer. Afro-Colombian Award of the year 2019 in the Media and Journalism category. Atei Awards for Best Documentary and recognized with the Caribbean Broadcasting Union Presidential Award. 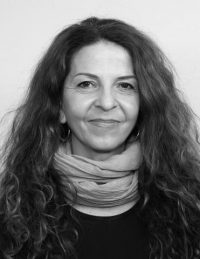 Activist in Amnesty International (Madrid), she has a PhD in Social Anthropology from the Complutense University of Madrid and Professor in the Department of Anthropology of the National Distance Education University (UNED). Since the 1990s, she has worked with indigenous peoples from Peru, Bolivia, Colombia, Costa Rica, and Mexico on different topics (worldview, land rights, rural development, gender inequality, and indigenous media). In recent years she has promoted different audiovisual projects using a collaborative methodology. The result of this work is the co-direction, together with Yolanda Prieto, of two documentary series produced by UNED MEDIA: Voces de Abya Yala. The right to indigenous communication (2018-19) and Western Sahara. Memories of a resistance (2021-22). 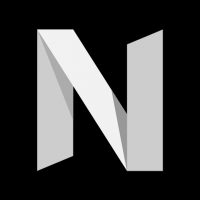 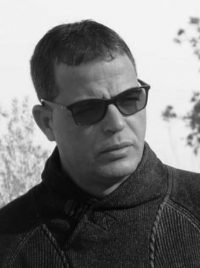 President of the Union of Sahrawi Journalists and Writers. 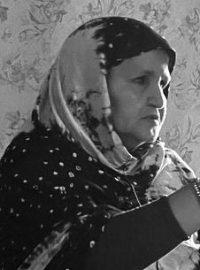 A true living legend of the Polisario Front, whose home was the fold in which the Liberation Movement of Saghia el Hamra and Rio de Oro, Polisario Front, was created on May 10, 1973. Embarka, who has become one of the most prestigious Sahrawi parliamentarians, has become a symbol of the participation of Sahrawi women in the forefront of politics. She and Najat Lamjad, among others, were some of the women who joined the seventeen male participants in this first congress. Since then, she has been part of various diplomatic delegations, traveling around the world, taking the recognition of the SADR (Sahrawi Arab Democratic Republic) to countries such as Vietnam and North Korea, among others. 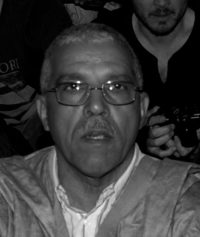 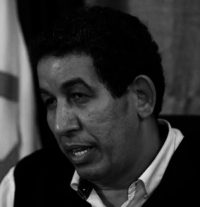 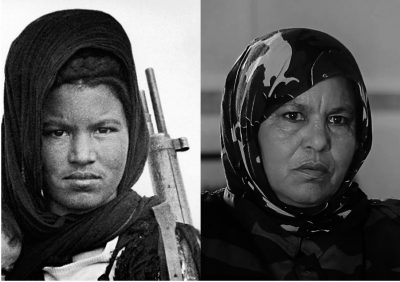 Director of the Military Training Academy for Sahrawi Women. 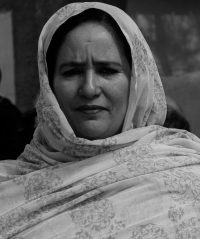 Former Minister of Culture and Education. 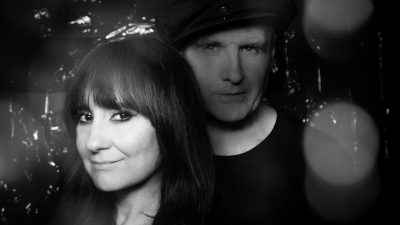 Eva Amaral and Juan Aguirre met in 1992 and still without a record, they began to perform in venues in Zaragoza and Madrid, carving out a niche for themselves on the national independent scene. Since 1998 whe they released their first record Amaral, the have have had great successes such as Estrella de Mar almost two million sold records), Gato Negro- Dragón Rojo (platinum record) or Hacia lo Salvaje (triple gold record and number 1 on the charts), His latest album is Salto al Color (2019) whose tour was interrupted by the pandemic, being later resumed. During these almost 20 years of experience, they have had the opportunity to play alongside music greats such as Bob Dylan or Moby, and participate in the international tribute to Nelson Mandela for his 90th birthday. Amaral has received numerous awards and recognitions, including: the National Current Music Award, Ondas Awards, MTV Awards, Music Awards, Latin Grammy Nomination, MTV Europe Awards… with a finishing touch for 2021 with the Concession of the Gold Medal for Merit in Fine Arts awarded by the Ministry of Culture. 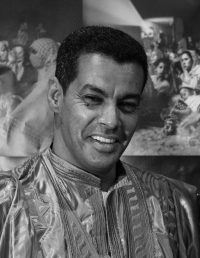 Director of FiSahara and the Abidin Kaid Saleh School. 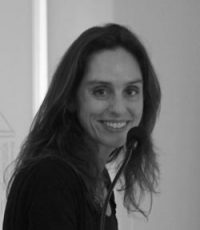 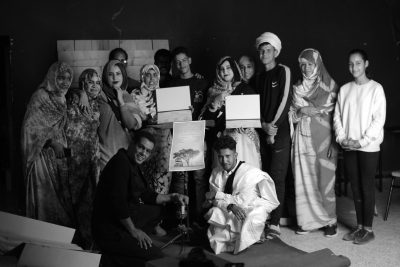 Students and teachers from the Sahara Film School.