The 20 May Pioneers School was established in 2017 with the aim of serving children between 12 and 16 years old at risk of academic failure or school dropout, coming from different especially vulnerable social situations. Situated in a former military training building a few kilometers from the Bojador camp, this school was the setting in which FiSahara and Nomads HRC launched a two-week Human Rights film workshop aimed at 51 students in February 2020. The children of the Martir Jalil Sidahmed School located in the Bojador camp also participated in this first experience. 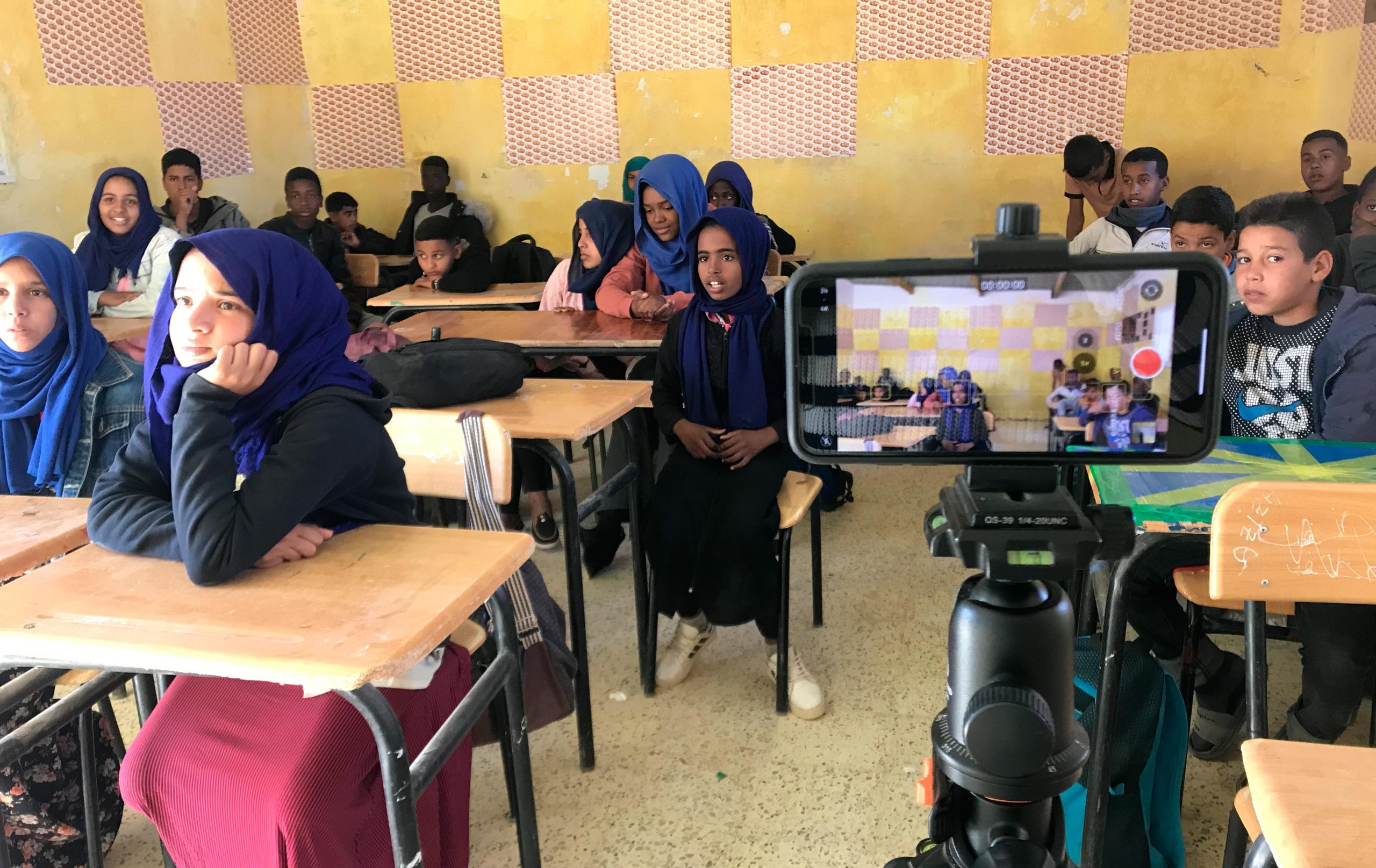 The goal was to carry out a pilot project that could be replicated to other schools once the COVID-19 pandemic allowed it. This initiative would not have been possible without the support of the Sahrawi Ministry of Culture, the production of NomadsHRC and the funding of Movies that Matter, Dimes Foundation and the Association of Friends of the Sahrawi People of Basel (Switzerland).

We cannot forget another fundamental figure: the filmmaker and art therapist Emilio Martí, under whose direction Little Sahara was filmed, an animated short in which the students actively participated and the teaser can now be seen:

Martí already had conducted similar workshops in other refugee camps, designed a highly participative methodology that combined lively discussions and screenings with artistic production and storytelling.

Through the cinema, their everyday lives with human rights concepts that relate directly to their socio-political situation as refugees. By the end of the workshop, they were able to understand complex concepts on international human rights through their own lived experiences. 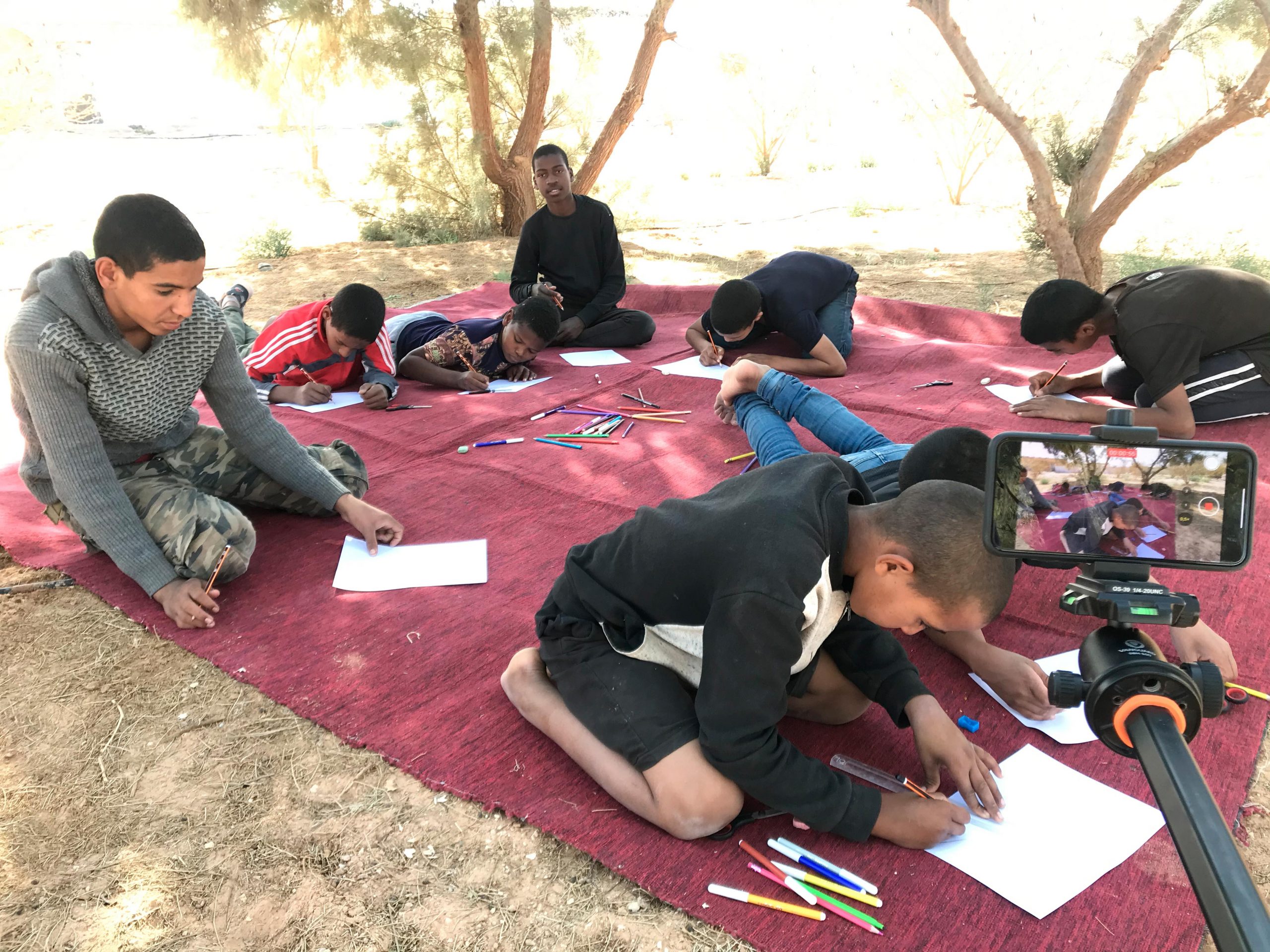 Watching this preview of Little Sahara now is not only motivating but extraordinarily hopeful. Thanks to the work of the dedicated staff and Emilio Martí, the full potential of young people whose talent may have been lost due to their situation of vulnerability comes to light. This has not been the case, demonstrating once again how cinema is a transformative tool that, in the case of these children, makes it easier for them to become agents of change.

The experience has been unforgettable, contributing to increase the motivation and confidence of the children who, through cinema and their creativity, have discovered themselves, opening a new channel towards human rights for the Sahrawi people.