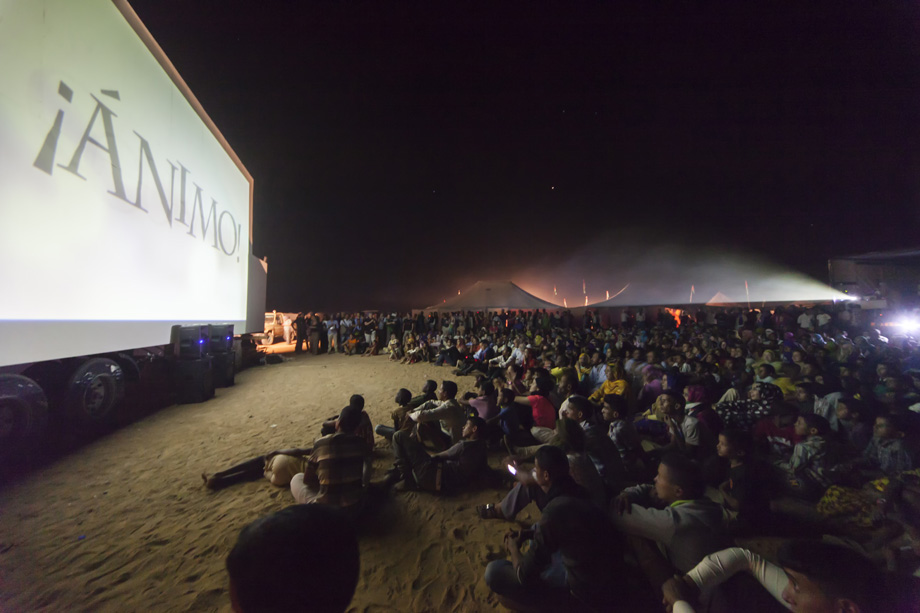 “Cinema for the Sahrawi People” uses film to entertain, convey knowledge and empower refugees from the Western Sahara, who have lived in exile in remote camps in Southwestern Algeria since 1975.

The project consists of an annual human rights film and cultural festival and a year-round film school.

The Western Sahara International Film Festival (FiSahara) brings screenings, roundtables, film workshops and many other cultural events to the camps every year. Filmmakers, artists, human rights defenders, journalists and others from all over the world visit the camps and interact with the local population.

The Abidin Kaid Saleh audiovisual school provides hands-on training to young refugees so that they can tell their own stories and create educational and cultural films for their communities. Experienced filmmakers teach modules focused on storytelling, screenwriting, cinematography, sound, editing and other filmmaking specialties.

Cinema for the Sahrawi People” has three central objectives:

To train the Sahrawi people in audiovisual communication so that they can tell their own stories, address pressing issues and empower their community.

To empower and entertain refugees from the Western Sahara using film and culture as tools for social transformation.

To raise awareness among the international community about the forgotten plight of the refugees by bringing media and high-profile guests from the world of film, culture and human rights to the annual festival.