Situation in the Camps

The Sahrawi refugee camps are near the Algerian town of Tindouf, in an area of the Sahara Desert commonly known as the “Desert of deserts” because of its unforgiving climate. The refugees were forced to flee their homes in the Western Sahara in 1976, after Morocco and Mauritania invaded. (For more please read the section on the conflict).

While most men joined the anti-colonial liberation group Polisario Front and went to fight in a war against Morocco, Sahrawi women built basic structures to house schools, clinics and community centres and ran the camps for 16 years. Women continue to have a central role in Sahrawi society and politics. 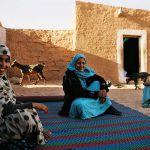 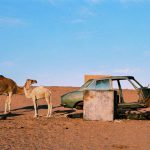 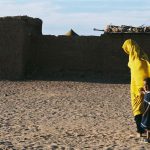 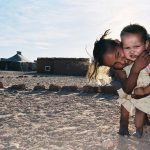 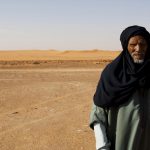 Separated for over four decades from family members who have remained in their occupied homeland, Sahrawi refugees have created a parallel society and government-in-exile known as the Sahrawi Arab Democratic Republic (SADR) that is recognized by over 80 countries. Although in Algerian territory, the Sahrawi exiles established a system of self-rule, with a constitution and an independent government administration.

The five main camps are named after cities in the Western Sahara: Dajla, El Aaiún, Ausserd, Smara and Bojador — site of the Abidin Kaid Saleh Audiovisual School. An additional camp, Rabouni, is home to the SADR government and administrative offices, as well as other Sahrawi and international organizations.

The five main camps are named after cities in the Western Sahara: Dajla, El Aaiún, Ausserd, Smara and Bojador

The refugees depend on humanitarian aid for food and other services. The camps suffer from a scarcity of drinking water, sanitation, food and electricity. The extreme climate and lack of basic services are especially hard on the children, who suffer from parasitic, respiratory and skin ailments. Over half of the refugee population is under the age of 18 and there is chronic unemployment.

The government-in-exile has prioritized education and culture as survival tools to endure the years of waiting and with the hope that these skills will prepare the refugees for an eventual return to their homeland. All the camps have pre-schools and primary schools, and there are several secondary schools. The camps also have post-secondary education and technical programs for various trades. Thousands of primary school children spend summers with families in Spain and become fluent Spanish speakers.