FiSahara announces the celebration of a special edition in Madrid

FiSahara announces the celebration of a special edition in Madrid

FiSahara (the Western Sahara International Film Festival), a festival that is usually held in the remote Sahrawi refugee camps in Algeria whose 2020 edition had to be cancelled due to the coronavirus pandemic, will hold a special edition in Madrid from the 17th to the 19th of December and will be dedicated to renowned Spanish actress Pilar Bardem. The award-winning actress and activist, who died this past July and whose son is actor-director Javier Bardem, dedicated her life to the Sahrawi cause and was one of FiSahara’s greatest supporters.

The event, with screenings and thematic roundtables, will take place at the Círculo de Bellas Artes, an art hub in central Madrid.

María Carrión, FiSahara’s Executive Director, made the announcement to an international and Sahrawi audience during a special FiSahara event in the Bojador Sahrawi refugee camp this past 15th October – the first public event that FiSahara has been able to hold since the start of the pandemic.

Carrión said that “Pilar worked tirelessly to denounce the great injustice that the Spanish government and the international community are committing against the Sahrawi population, and in gratitude we will pay tribute to her.” She added that “the pandemic continues to prevent us from holding an international edition in the camps, although we hope we can organise one soon. In the meantime, FiSahara Madrid will act as a loudspeaker to shed light on the devastating situation affecting the Sahrawi people through screenings and debates about the conflict, human rights and Sahrawi culture.” 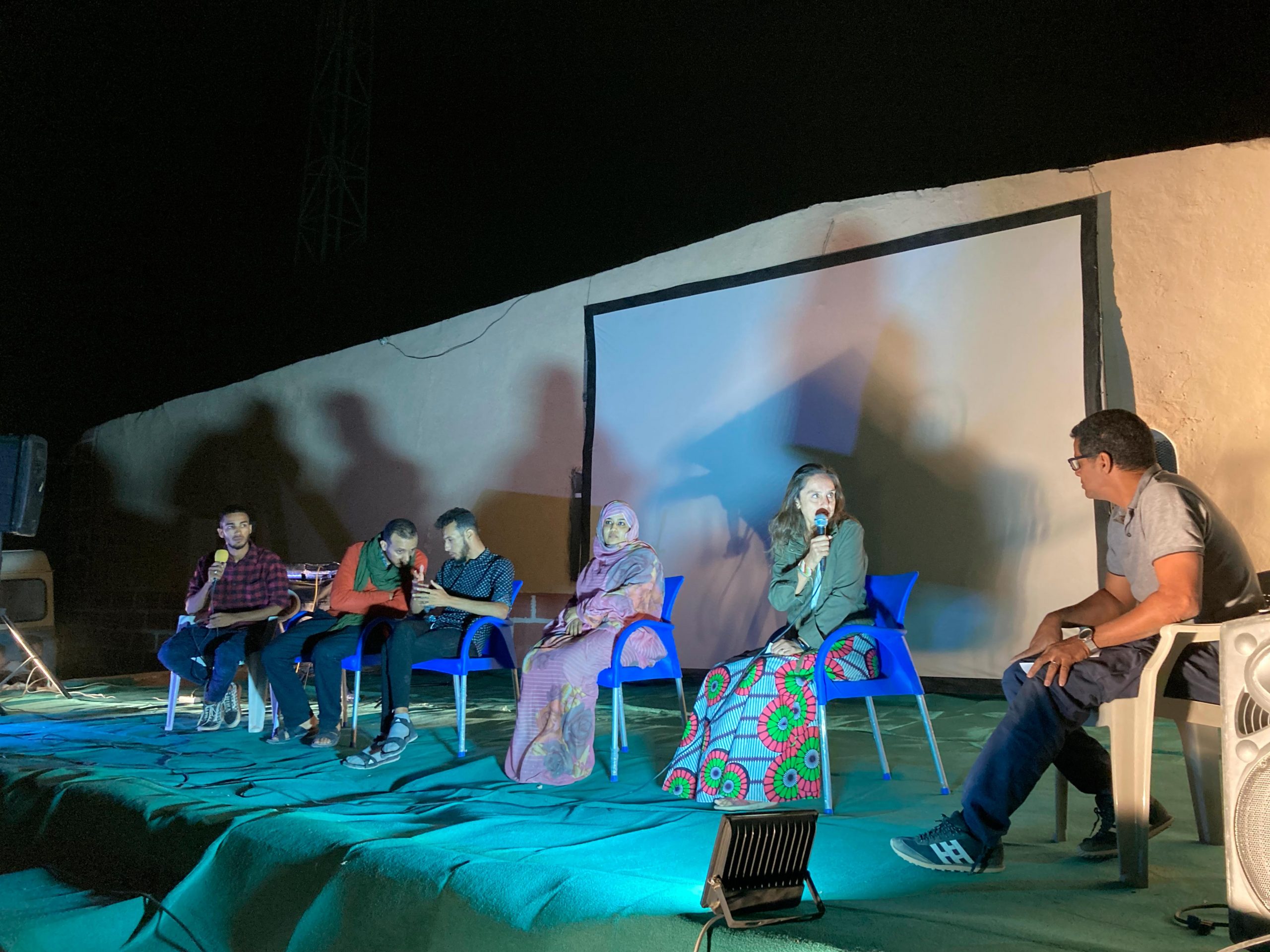 The one-day FiSahara event in the camps, which included a surprise greeting to the audience by Sahrawi human rights defender Sultana Khaya from her house arrest in the Morocco-occupied Western Sahara, brought together hundreds of Sahrawis with an international audience that traveled from Europe on the first international flight to the camps since the start of the pandemic and the resumption of armed conflict in Western Sahara.

FiSahara also celebrated the 10th anniversary of the Escuela de Formación Audiovisual (EFA) Abidin Kaid Saleh (Sahrawi Film School), a project founded by FiSahara in 2011. During this past decade, dozens of young people who attended the school have become the first generation of Sahrawi filmmakers, giving birth to a new art, Sahrawi cinematography.

The school is now locally run, and its students produced the FiSahara event led by the school’s new director Tiba Chagaf, who also heads the Departments of Film and Theatre of the Ministry of Culture of the Sahrawi Arab Democratic Republic (RASD).

The evening included the screening of three short films made by film school alumni and produced by the school, which is part of the Sahrawi Ministry of Culture, with the support of international organisations like Nomads HRC, Prince Claus Fund, Dimes Foundation and Bertha Foundation:

The screenings concluded with the short documentary film Occupation S.A; a project by the Basque NGO “Mundubat and the Brazilian production company Forward Films that denounces the plunder of natural resources of Western Sahara carried out by a group of Spanish companies.

The Sahrawi and international public filled the capacity of the FiSahara evening during Sahrawi projections.

The evening, which included musical performances and dances by the regional Bojador group, concluded with a roundtable moderated by Carrión. Chagaf highlighted “the role that a brand new tool, cinema, plays for the Sahrawi people, not only in defence of our cause, but also to help preserve our culture.” Aicha Babait, a filmmaker from the Occupied Territories who crossed the Wall of Shame to study film at school and who has made the short films War of Peace and My Society, echoed Chagaf’s sentiments, stating that “we use cinema as a constructive instrument to carry our message of peace around the world ”.

Sidahmed Jouly, a camp-based Sahrawi activist who co-founded the campaign “Western Sahara Is Not For Sale” that focuses on reporting and denouncing the plunder of Western Sahara, highlighted the success of these types of initiatives: “Thanks to the solidarity movement, the efforts of the Sahrawi people and the Polisario Front, the number of companies that plunder phosphates from Western Sahara has decreased from 11 in 2017 to only three today – two from New Zealand and one from India”.

Closing the evening, Chagaf assured that “the Film School is open to all young people, and the Ministry of Culture will provide all the necessary resources”. Carrión then added that “now you are going to see Tiba and all the students of the Film School taking the cinema to all the dairas [neighborhoods] and all the wilayas [camps]. See you at the next FiSahara”.