Sahrawi women in the refugee camps carry a hefty load on their shoulders. In addition to their central role in the Sahrawi struggle for freedom and self-determination, they are often in charge of distributing food and many other essential goods in their community, caring for their family members and homes and holding a job. And despite the Sahrawi government-in exile’s progressive laws and policies with regard to gender equality, Sahrawi women are not exempt from the more conservative societal norms within their communities and families that limit the gender equality they presumably enjoy and pressure them into meeting expectations.

Some norms are so internalized that they can directly damage their health and limit their ability for self-care. While this is not unique to Sahrawi women, the harsh conditions and social isolation in the refugee camps aggravate their situation.

While these societal norms are well known within Sahrawi society, it is sometimes difficult to address them publicly. This is where film screenings and debates can contribute to breaking the silence around taboo subjects — at least, and at first, in small closed groups. So days three and four of the film impact workshop delved into teaching participants to use this tool effectively. 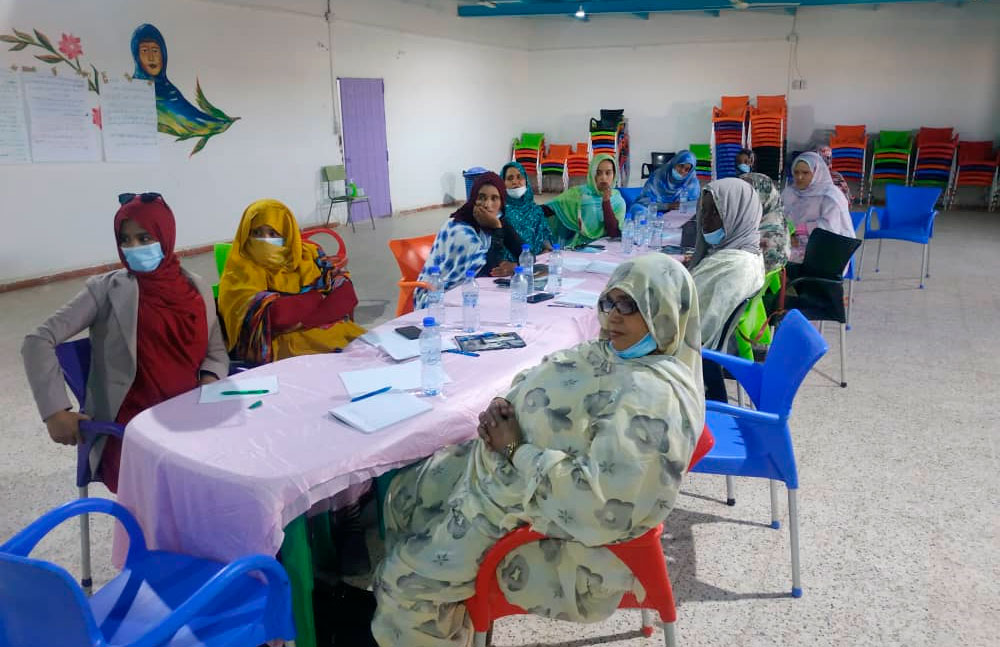 Part of the mission of the National Union of Sahrawi Women (UNMS), which implemented the workshop in the camps, is to raise awareness around gender equality and to build self-confidence among women in the refugee camps. For these two days, the workshop delved into themes such as breast cancer prevention, the use of chemicals to whiten skin and to gain weight — both common practices among young unmarried women — and women’s rights vis-à-vis the practice of divorce, which Sahrawi laws in the camps allow but in practice can leave women defenseless when requesting a divorce or when their husbands decide to initiate one.

How to Organize Screenings and Debates for Social Impact is a film impact workshop organized by FiSahara, Nomads HRC and the National Union of Sahrawi Women (UNMS), with support from Movies That Matter that took place in the Sahrawi refugee camps, near the Algerian city of Tindouf, November 25th-29th. It was led and attended by Sahrawi women. 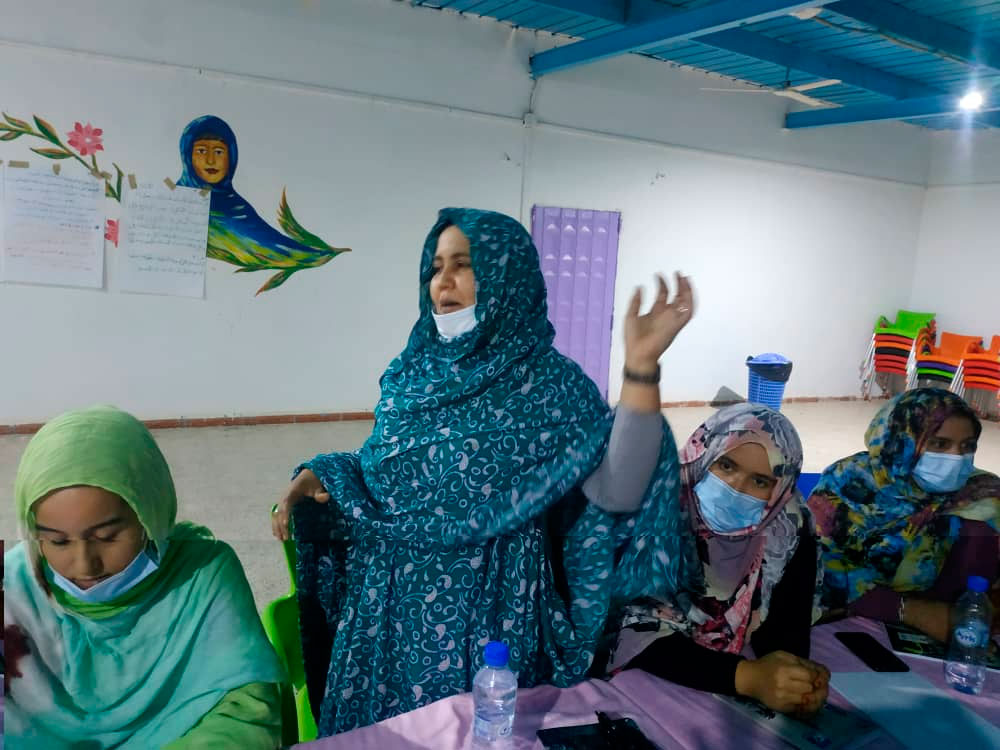 Day Three focused on health and self-care. While women in the camps are aware of the risks posed by breast cancer, the actions needed for prevention and early diagnosis — including self-exploration and regular visits to the gynecologist — can be a source of deep embarrassment. The women discussed how screenings could help open up these discussions and watched, as an example, the film Dear Mamma, a documentary featuring testimonies and stories of women breast cancer survivors from around the world that is part of a global breast cancer awareness campaign, including a multilingual, easy to use app  designed for women with little access to health care that helps them conduct their own explorations.

The screening sparked a discussion among participants about cases they knew of personally — some of which had been discovered too late — and agreed on the critical importance of breaking barriers standing in the way of breast cancer prevention.

For the post-film debate the group invited Dr. Enguia Abdelfetah, who led a discussion and answered questions about the realities and myths surrounding breast cancer — discussing real risk factors such as excessive weight gain, and debunking the idea that the heat, sleeping positions or the use of brassieres contribute to developing the illness. Dr. Abdelfetah also addressed the risks of taking pills and applying chemicals to gain weight and lighten skin color, both standards of beauty that young Sahrawi women feel pressured to conform to. 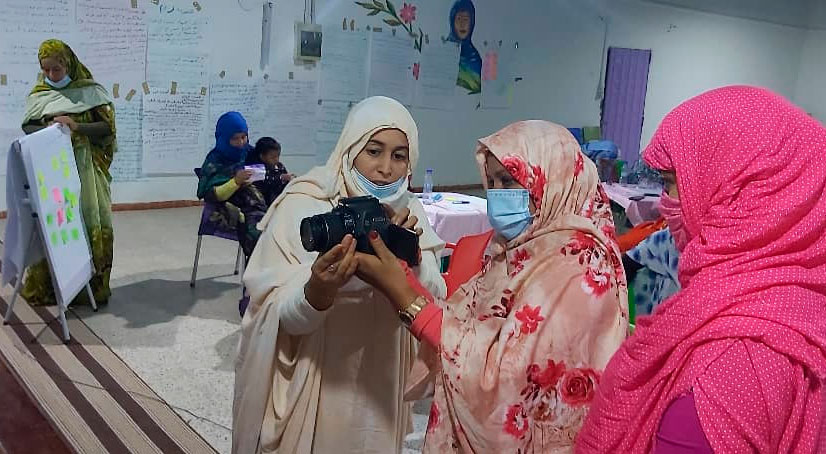 Day Four focused on the legal rights of Sahrawi women whose husbands seek a divorce or who they themselves want one, and delved into the complexity of Sahrawi laws and practices governing divorce in the refugee camps.

As an ice-breaker the workshop screened Safia, une Histoire de Femme (“Safia, the Story of a Woman”) by Algerian director Habiba Djahnine, a 20-minute short about the struggle of Safia, a woman suffering from domestic violence at the hands of her husband who faces an uphill battle when she seeks to obtain a divorce. The film addressed two issues — domestic violence and divorce — that helped participants address the need to shatter the silence around them. 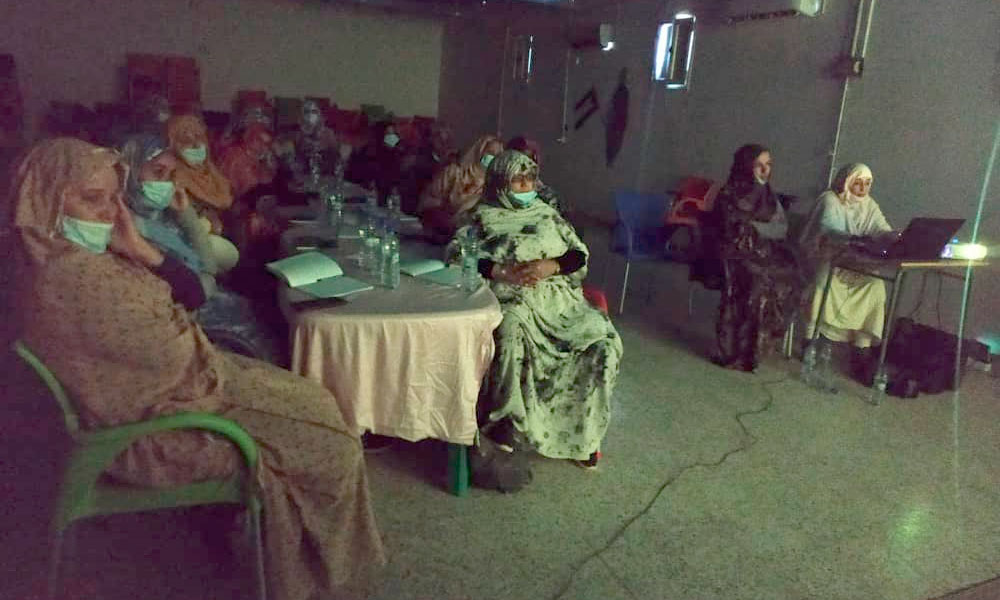 Leading the discussion was Sahrawi lawyer Mutha Mohamed Mezin, who explained the concept of divorce from legal, social and religious vantage points. While some divorce proceedings in the camps are consensual, others are not due to differences between how women and men can initiate the requests, leading to sometimes-dramatic family and personal crises for the women. Men can request a divorce without giving a reason, while women who want a divorce must justify their request and receive their husband’s approval.  Women whose husbands don’t accept their petition for divorce end up in a sort of limbo — neither married nor divorced — while the husbands can marry other women and start a new family. 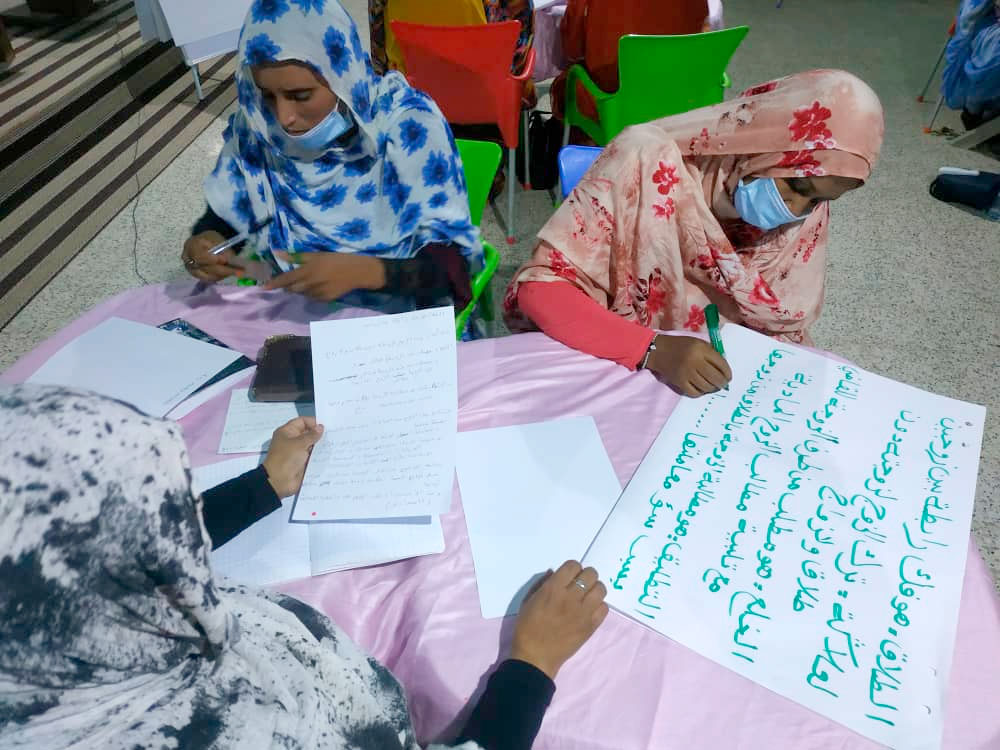 Days three and four equipped participants with new tools that will help Sahrawi women address these and other issues around gender equality that are often suppressed in community discussions, and that can help women get essential information about their rights, educate members of their community, gain confidence in themselves and effect positive social change.