FiSahara is much more than cinema: it is culture, identity and human rights. For this reason,from October 11 to 16 at the Ausserd camp, the festival will bring together artists, experts and human rights activists from around the world, who will contribute to giving a real vision of what is happening in Western Sahara. One of these experts is Tone Sorfonn Moe, Norwegian lawyer, member of the Norwegian Support Committee for Western Sahara. 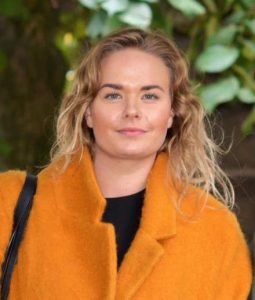 For the last six years, Sørfonn has worked on human rights cases in the Occupied Territories of Western Sahara. During this time, this lawyer has represented several Sahrawi political prisoners, as well as human rights defenders, journalists and students in front of the UN. In 2017, when she attended the Gdeim Izik prisoners’ trial as an international observer, was expelled from Morocco by the Moroccan police. According to the lawyer herself, she was approached at her hotel by about 20 to 25 non-uniformed police officers, a dozen of whom recorded and photographed her.

Sørfonn has several publications, such as his thesis on The conflict in Western Sahara and the indeterminacy of the occupation or the report that she prepared as an observer in 2017 during the trial of Gdeim Izik. More recently, she has worked on gender-based violence cases and has been practicing since November 2020 as legal advisor to Sahrawi activists Sultana and Luara Khaya. This year (2022), she has been prevented entry to Morocco and she is not not allowed to enter in the country in the future due to her human rights work.